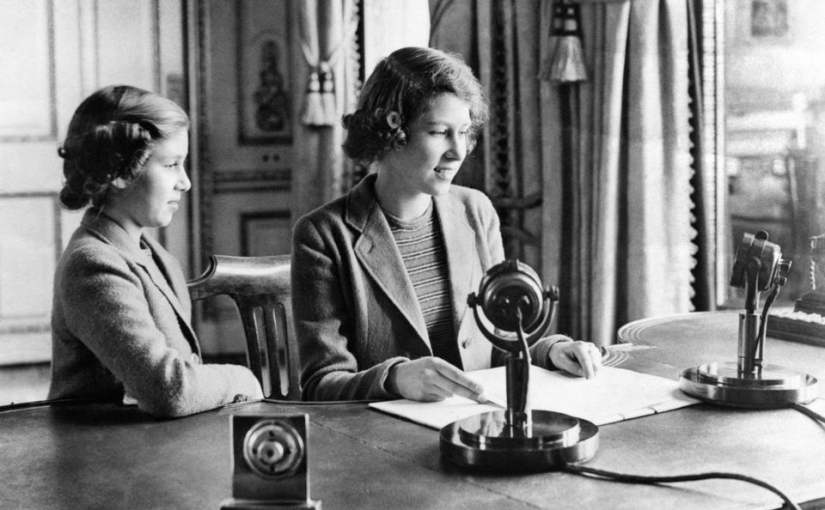 On 5th April 2020 from Windsor Castle Queen Elizabeth II addressed Her speech to the people of the UK, to the Commonwealth and to the whole world urging people to stay disciplined and resolve.

Apart from Her anual Christmas broadcasts She rearly addresses the nation. In fact She only did it four times troughout Her 68 year reign excluding Her Sunday night speech.  Her Majesty appeared on the screens in 1991 during the first Gulf war, in 1997 when Princess Diana died, in 2002 at the death of Queen Elizabeth The Queen Mother and in 2012 marking Her 60th anniversary as sovereign.
But did you know that Her Majesty adressed Her first speech to the public when She was only 14?

In October, 1940 Britain was on the edge of defeat to the Germans. Prime minister Winston Churchill wanted the young princess to make Her own contribution to the war effort by giving Her first radio broadcast. He asked the King, George VI to let His daugther make Her speech. The PM’s goal was to send comfort to the children who had been evacuated overseas. But there was a hidden motive.
Britain was in the need of a powerful ally against Nazi Germany so Churchill wanted to lure the United States of America into war.

According to Ingrid Seward form the Majesty Magazine the young princess was very nervous and went through a long prepearing process prior to Her speech. She practiced breathing and practiced the script in front of the Royal Family several times.

It was broadcasted from one of the rooms in Windsor Castle, from that moment the Castle became the symbol of a safe home. Princess Elizabeth was joined by Her sister, Margaret. This was the first time that the public had heard the princess’ voice.
Princess Elizabeth: „ All of us children who are still at home think continouly of our friends and relations who have gone overseas. Who have travelled thousands of miles to find a war time home and a kindly welcome in Canada, Australia, New Zealand, South Africa and the United States of America. […].
My sister is by my side and we are both going to say good night to you. Come on Margaret.”
Princess Margaret: „Good night children!”
Princess Elizabeth: „Good night and good luck to you all!”

It was an instant success and She was able to convince the American public whether they should join the war or not.

If you haven’t seen Her Majesty’s latest speech you can watch it here:
https://www.youtube.com/watch?v=2klmuggOElE

As She said, „We will meet again!”